This project alters a very humble workingman’s cottage on a small inner-city site.

The house was carefully re-planned, adding only 5m2 to its footprint.  The main architectural strategy was to create a sense of volume in the main living area by manipulating the cross section.  The floor at the end of the original villa steps down, and the ceiling steps up, creating a compact square living room with significant volume; small but tall.

The perimeter walls are offset and staggered admitting northern light throughout the plan.

While adopting a simple, rectilinear architectural language at the back, the transition is not jarring, and from the street the interventions are barely detectable.

The entire site has been carefully considered, with the courtyard garden integral as a continuation of the living space. 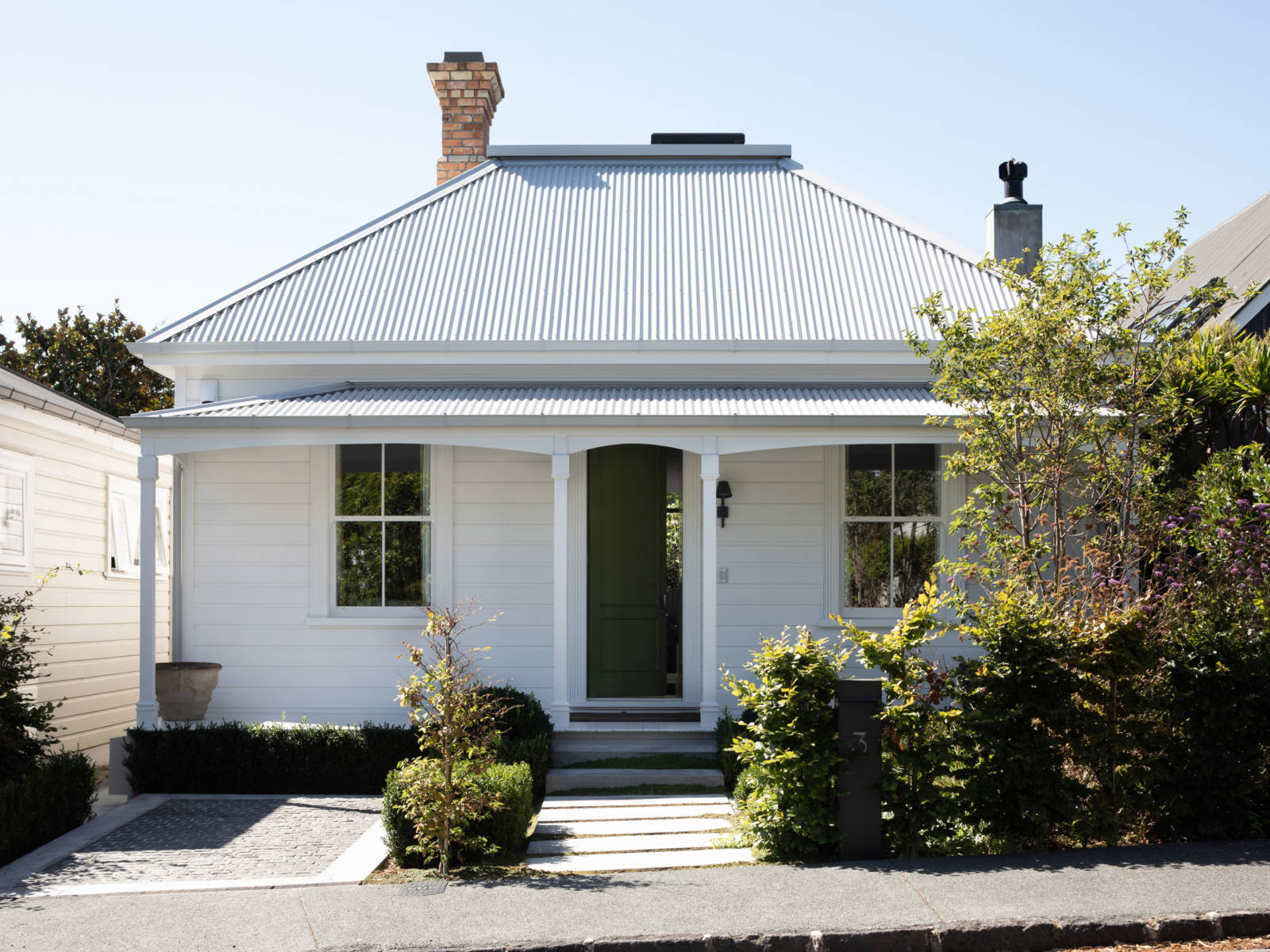 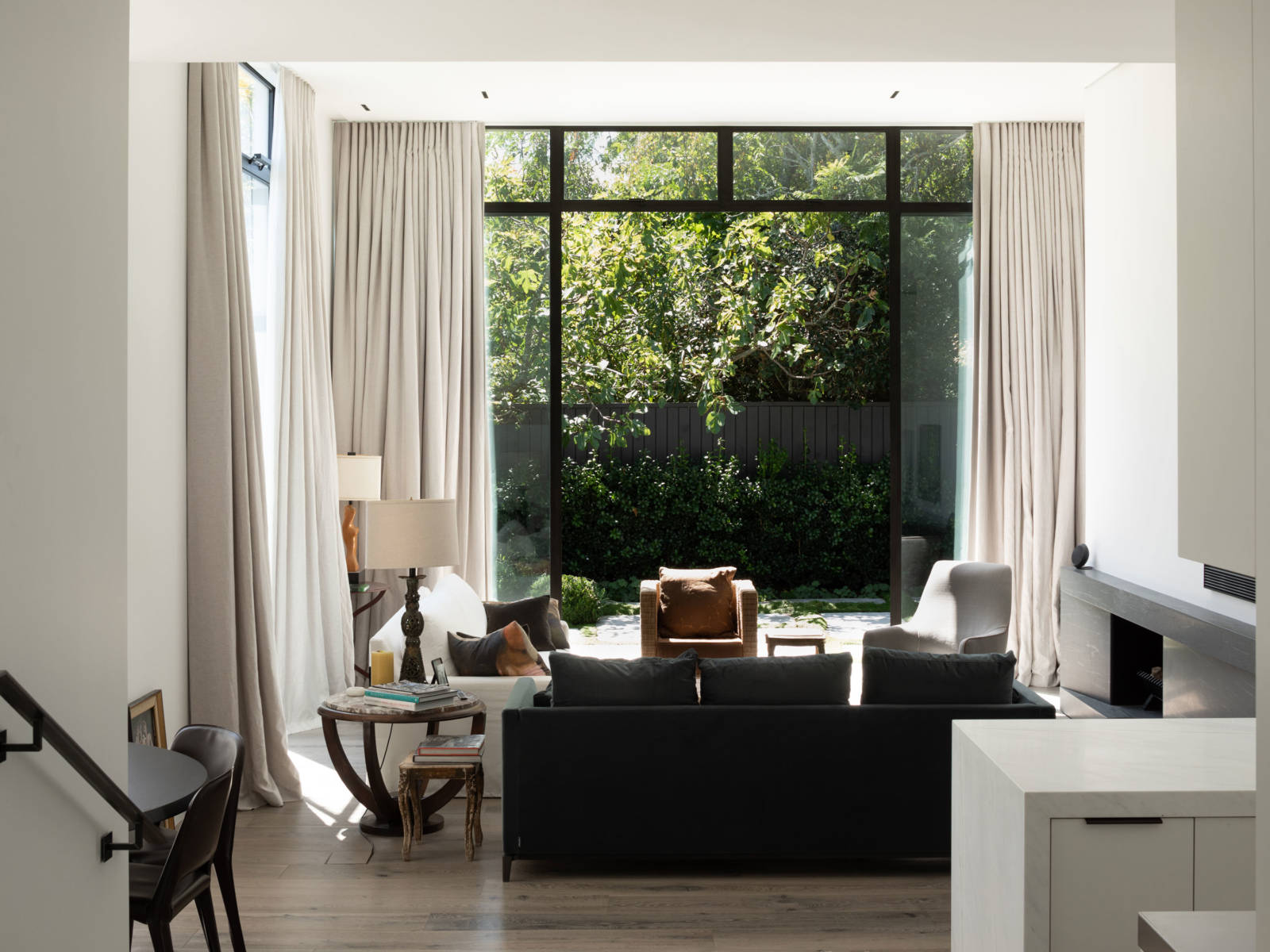 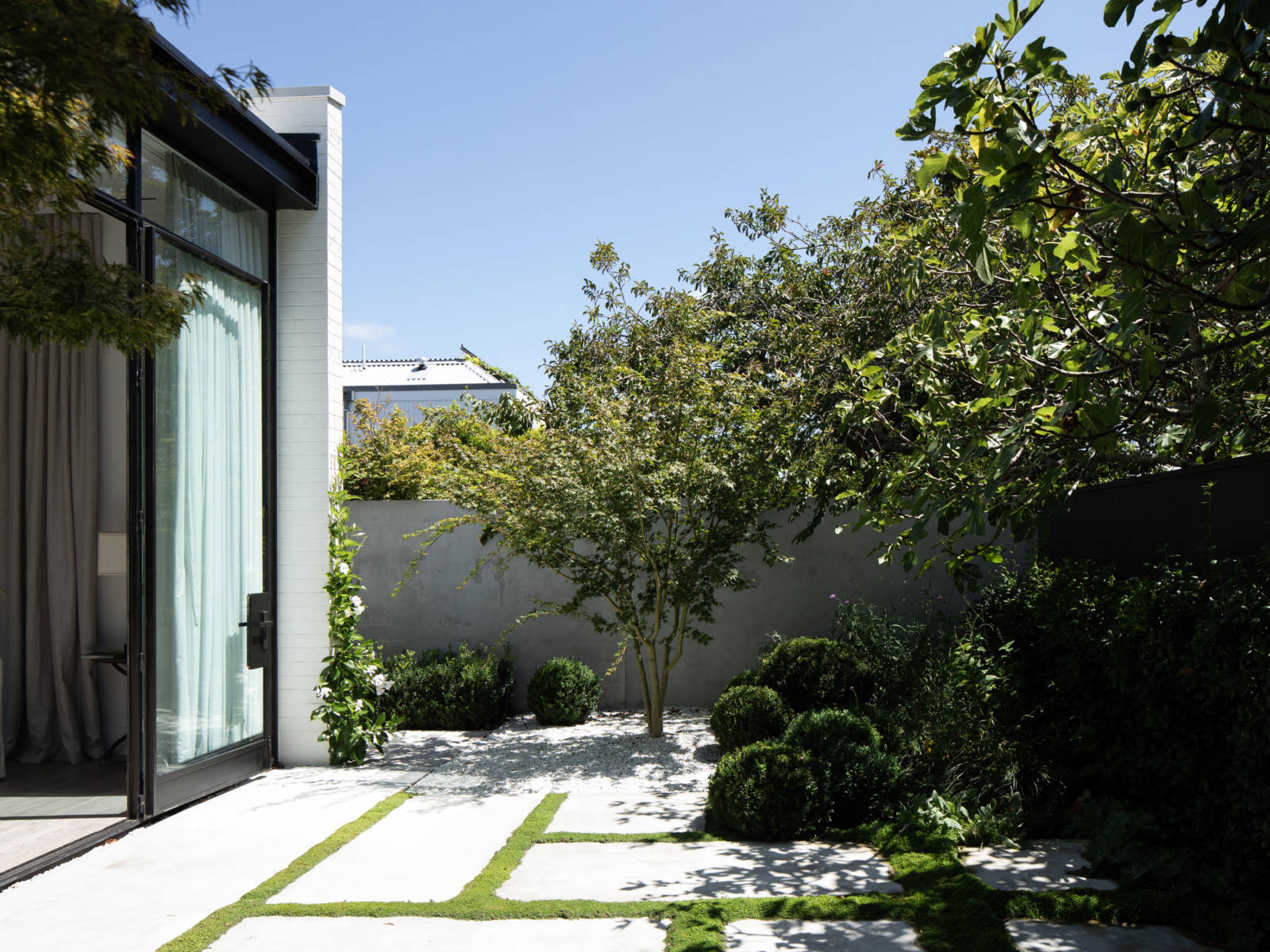 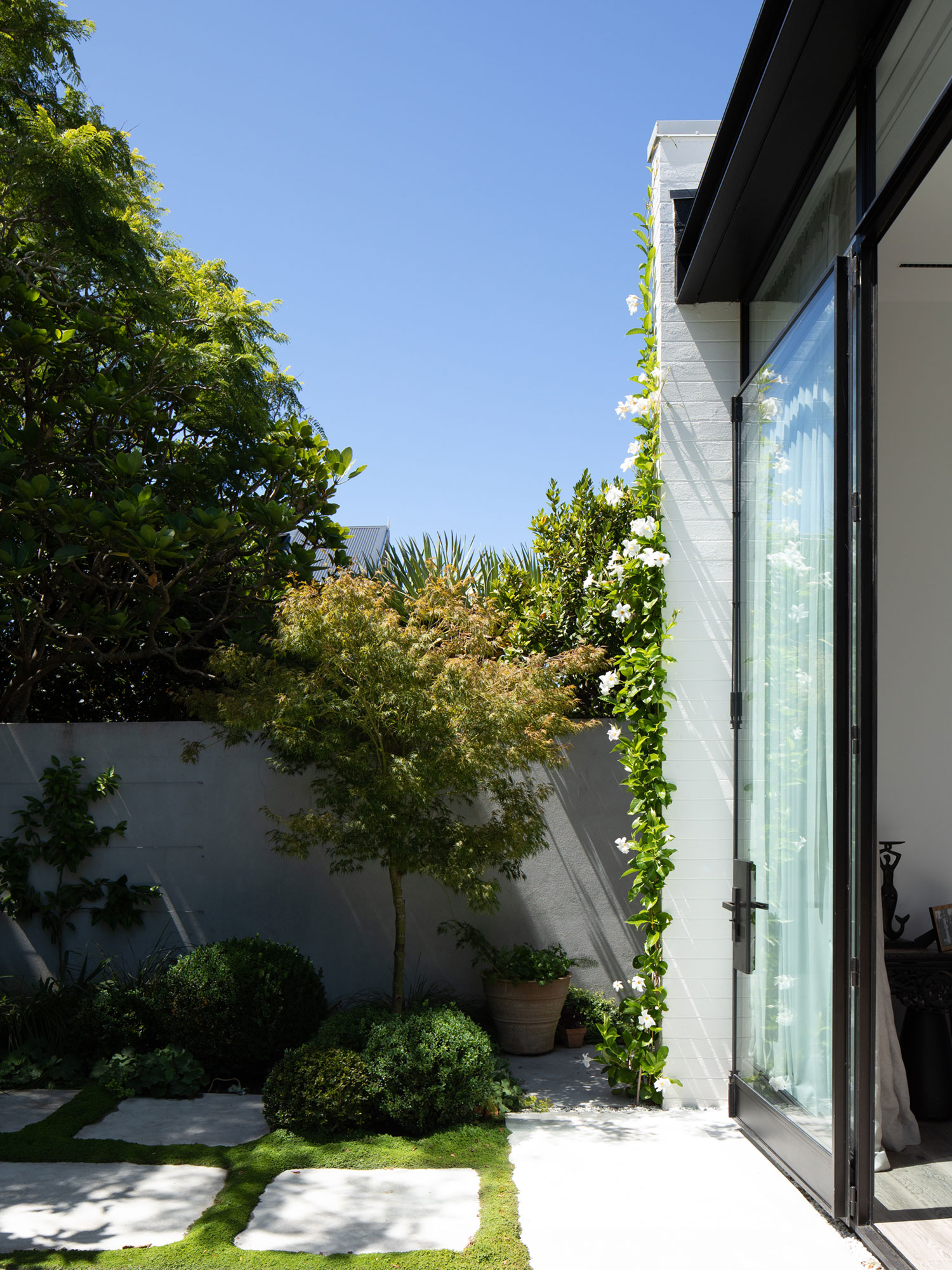 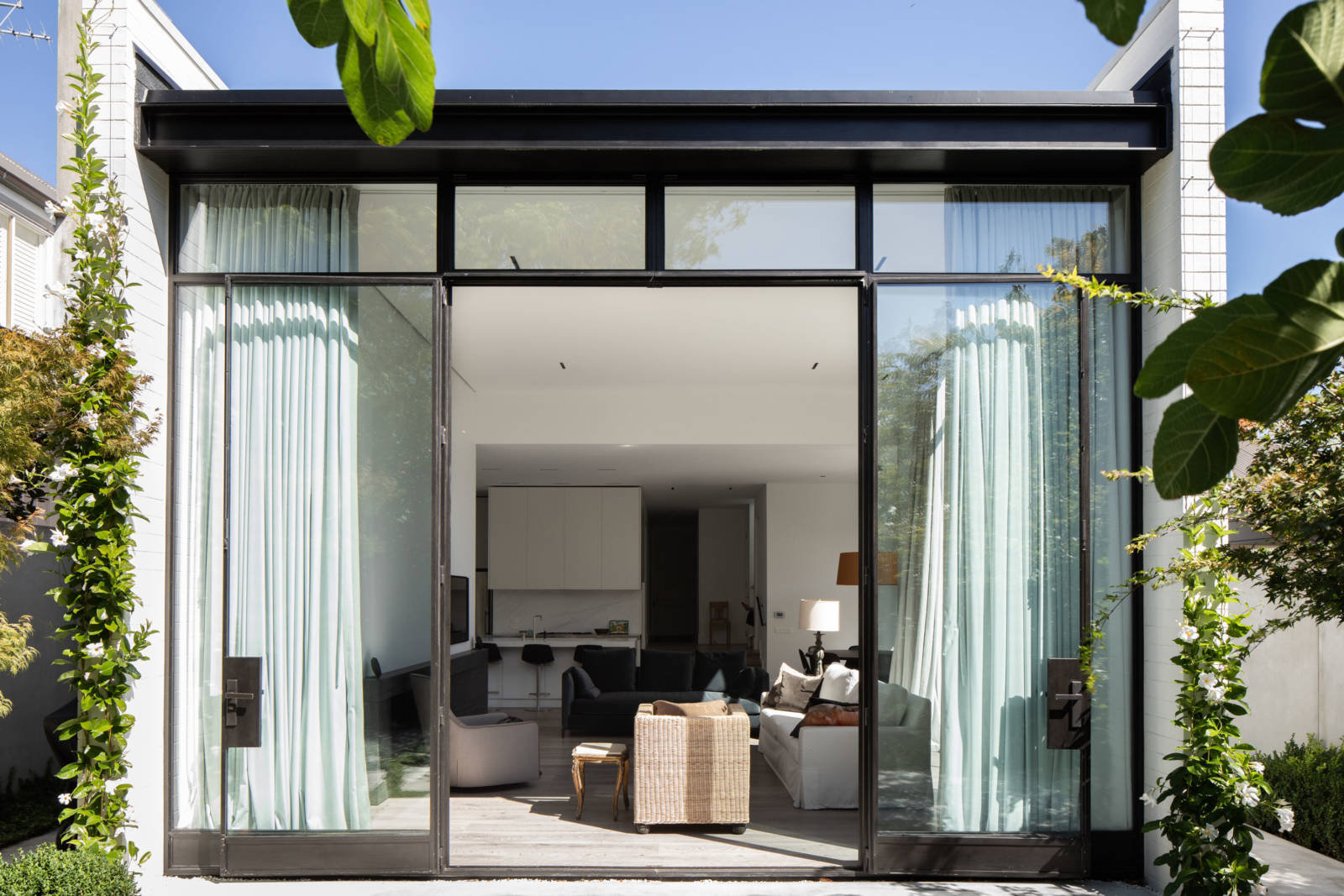 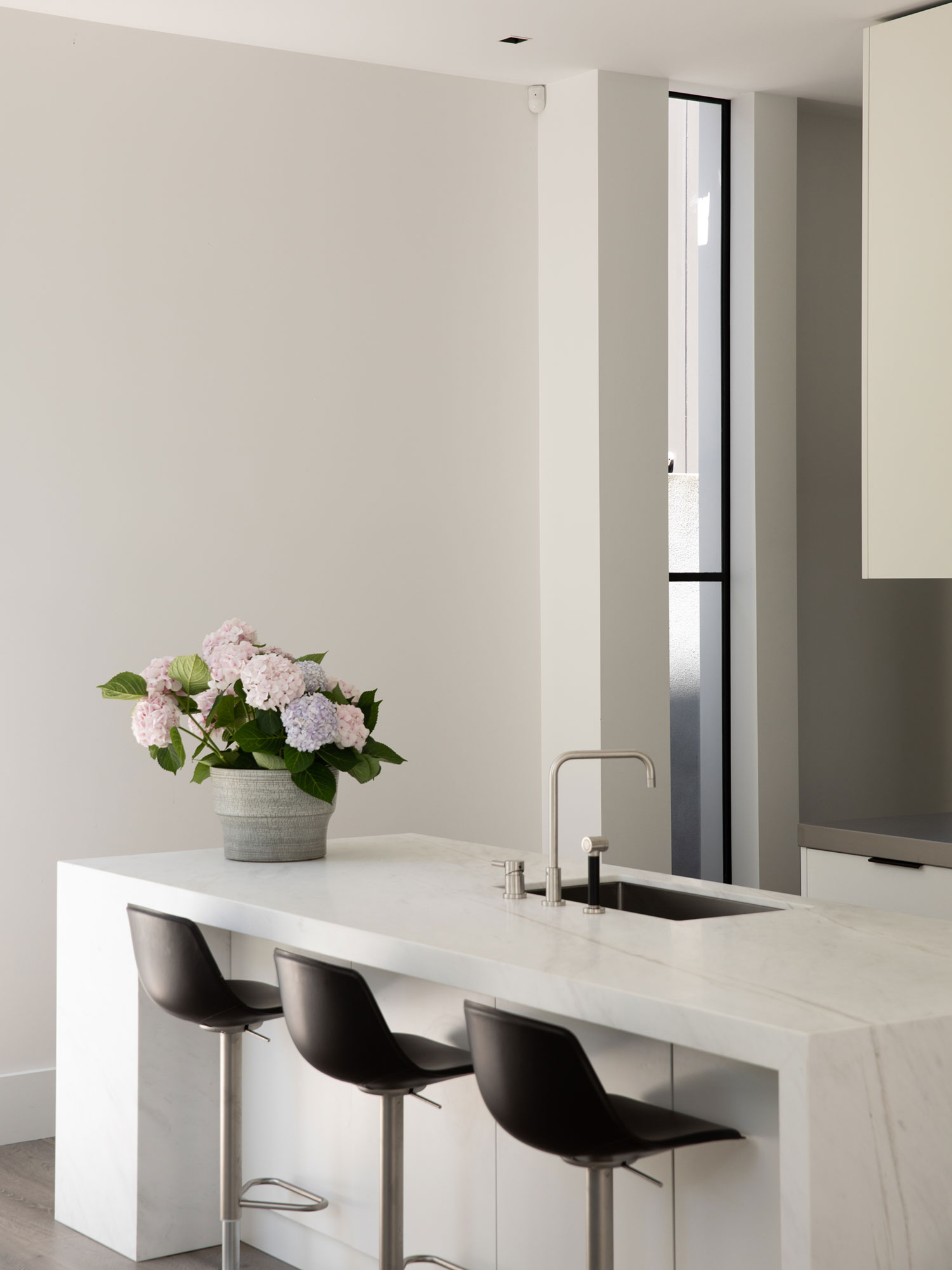 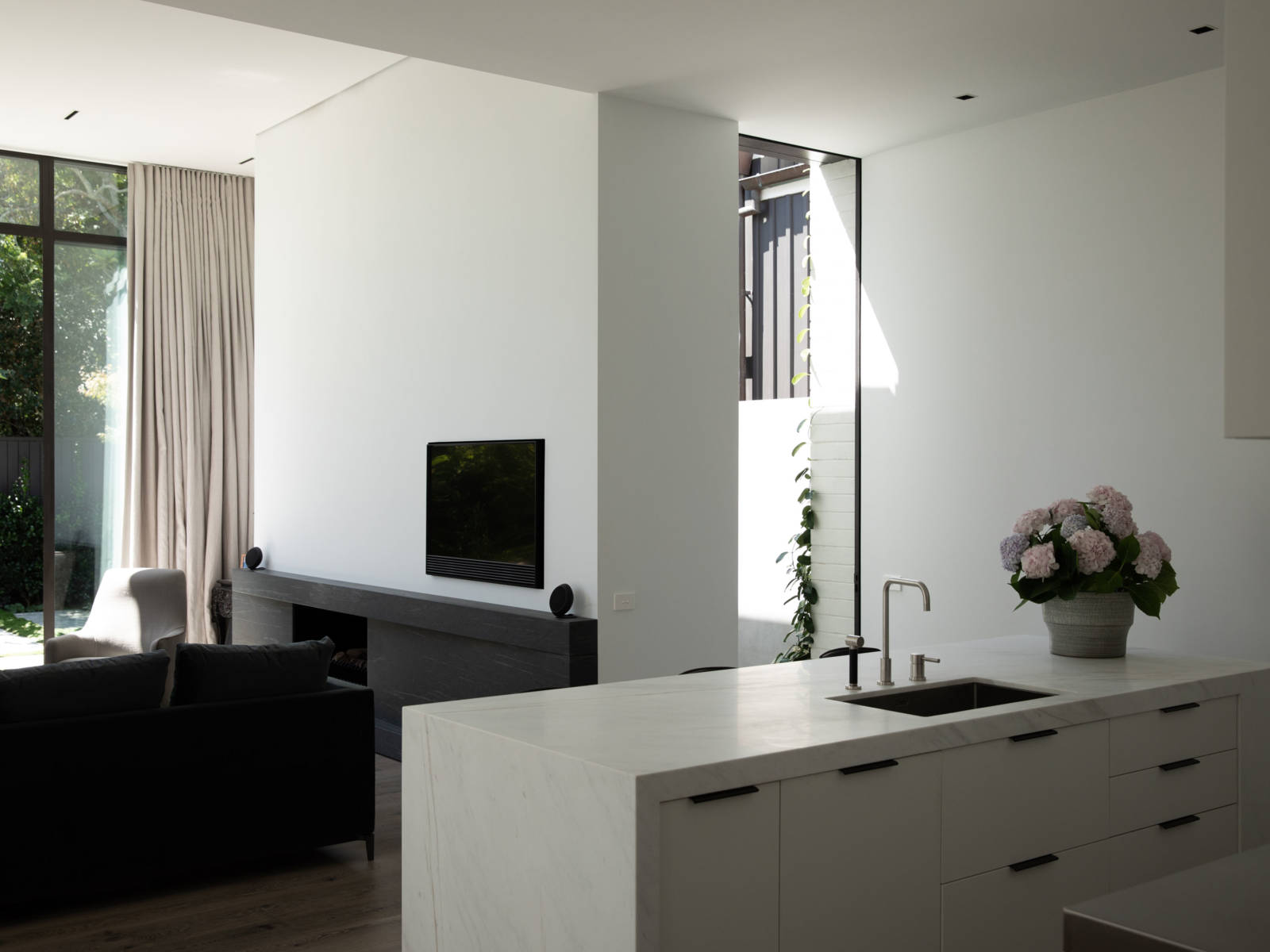 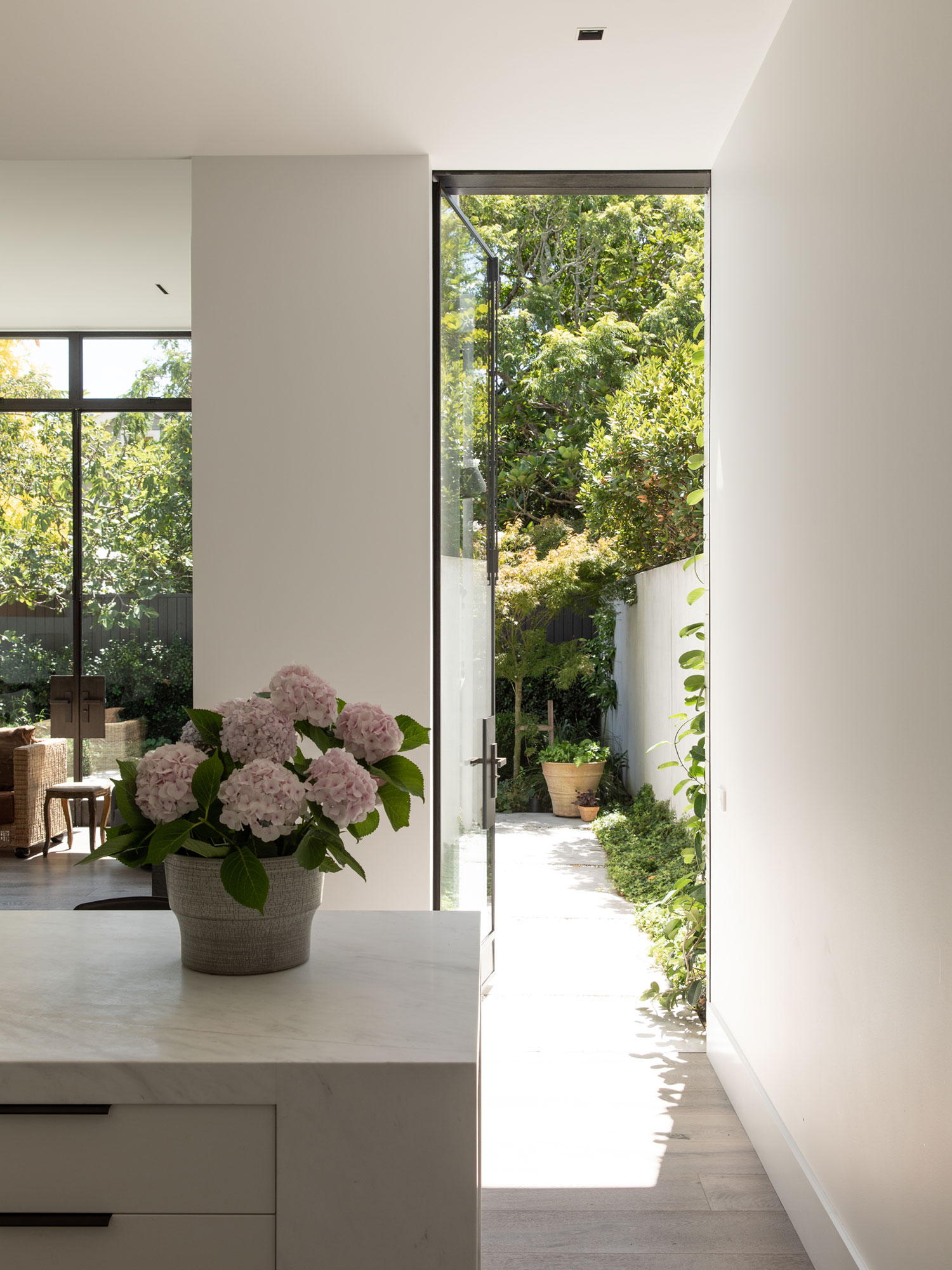 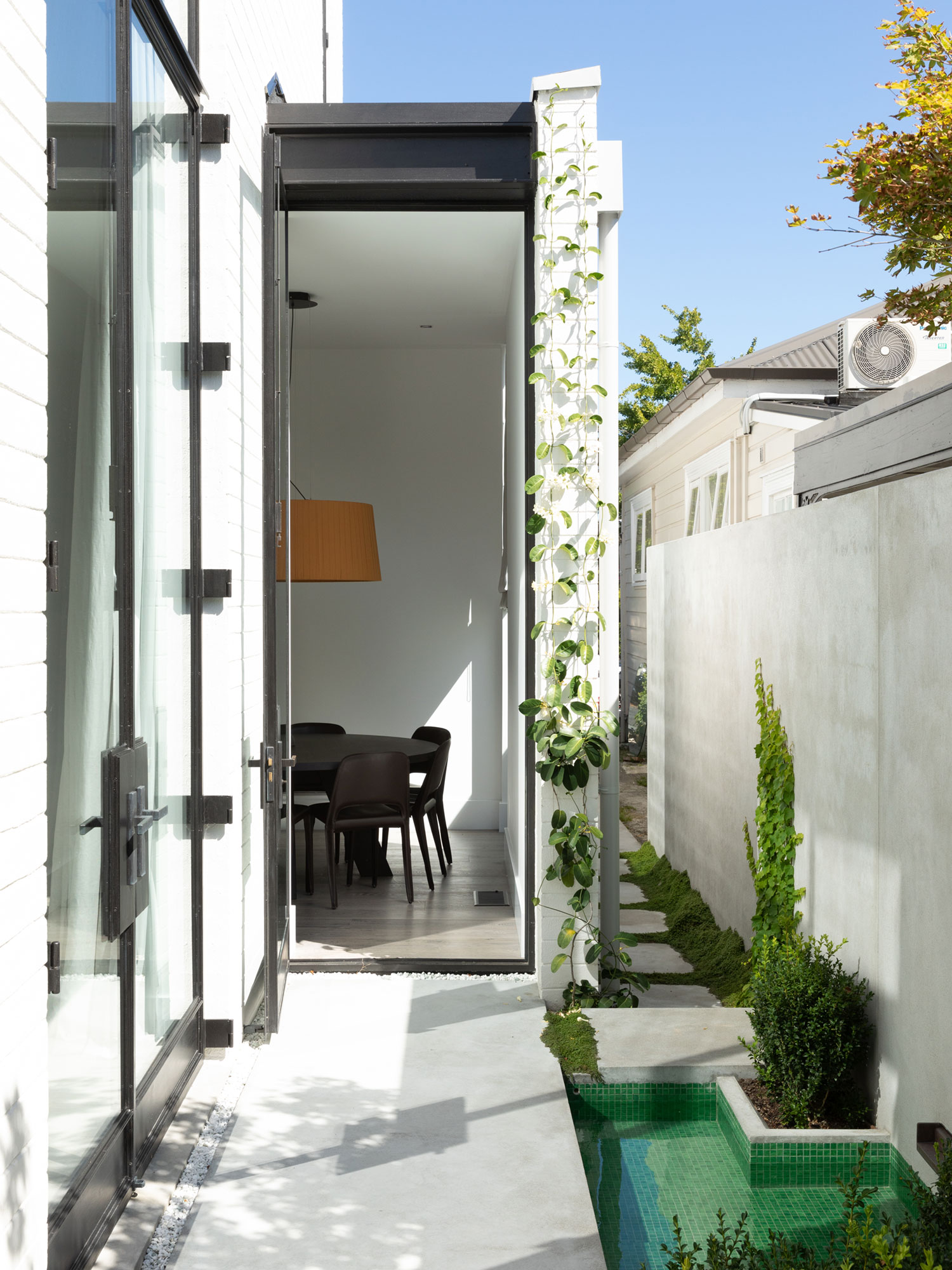 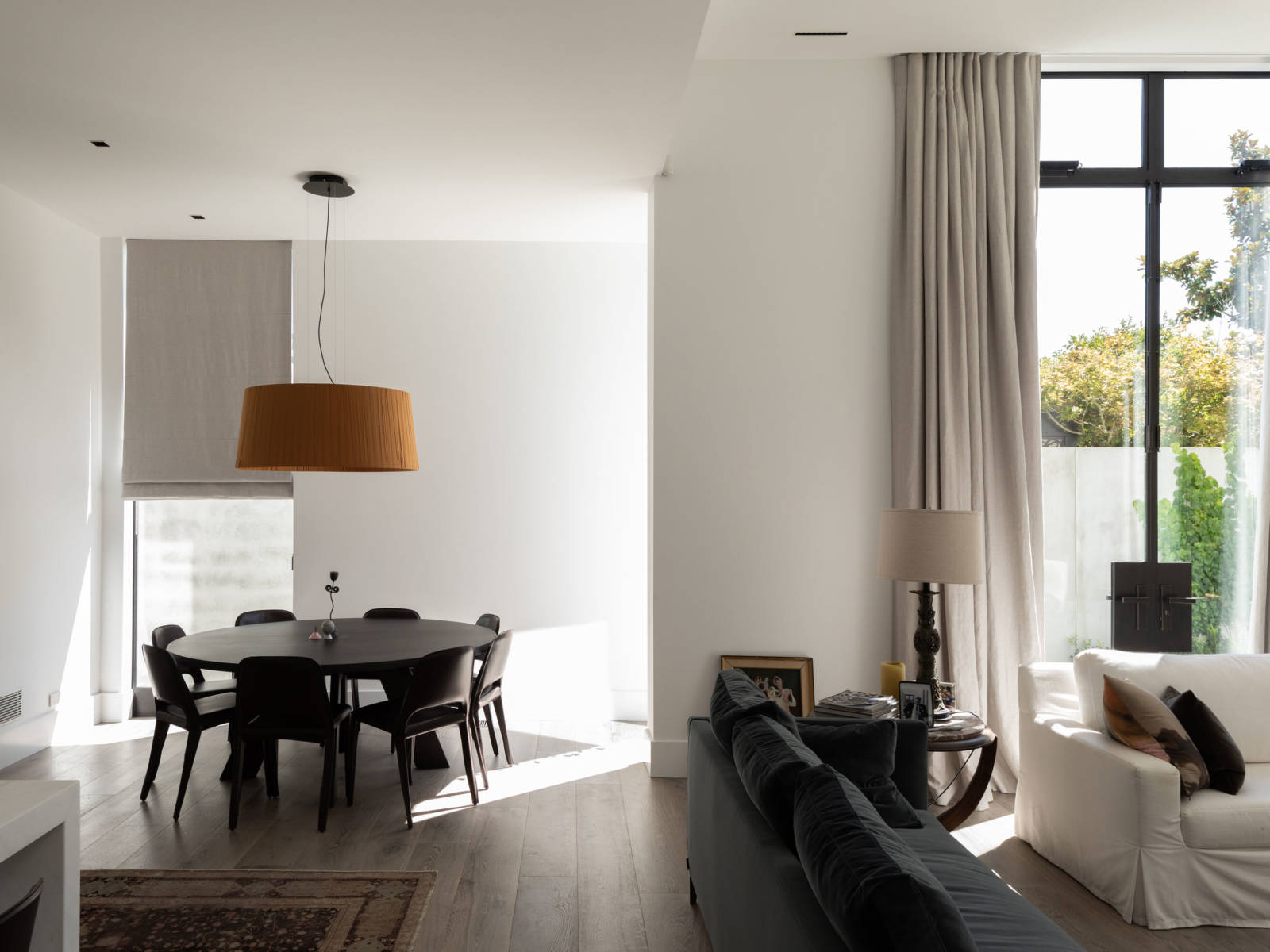 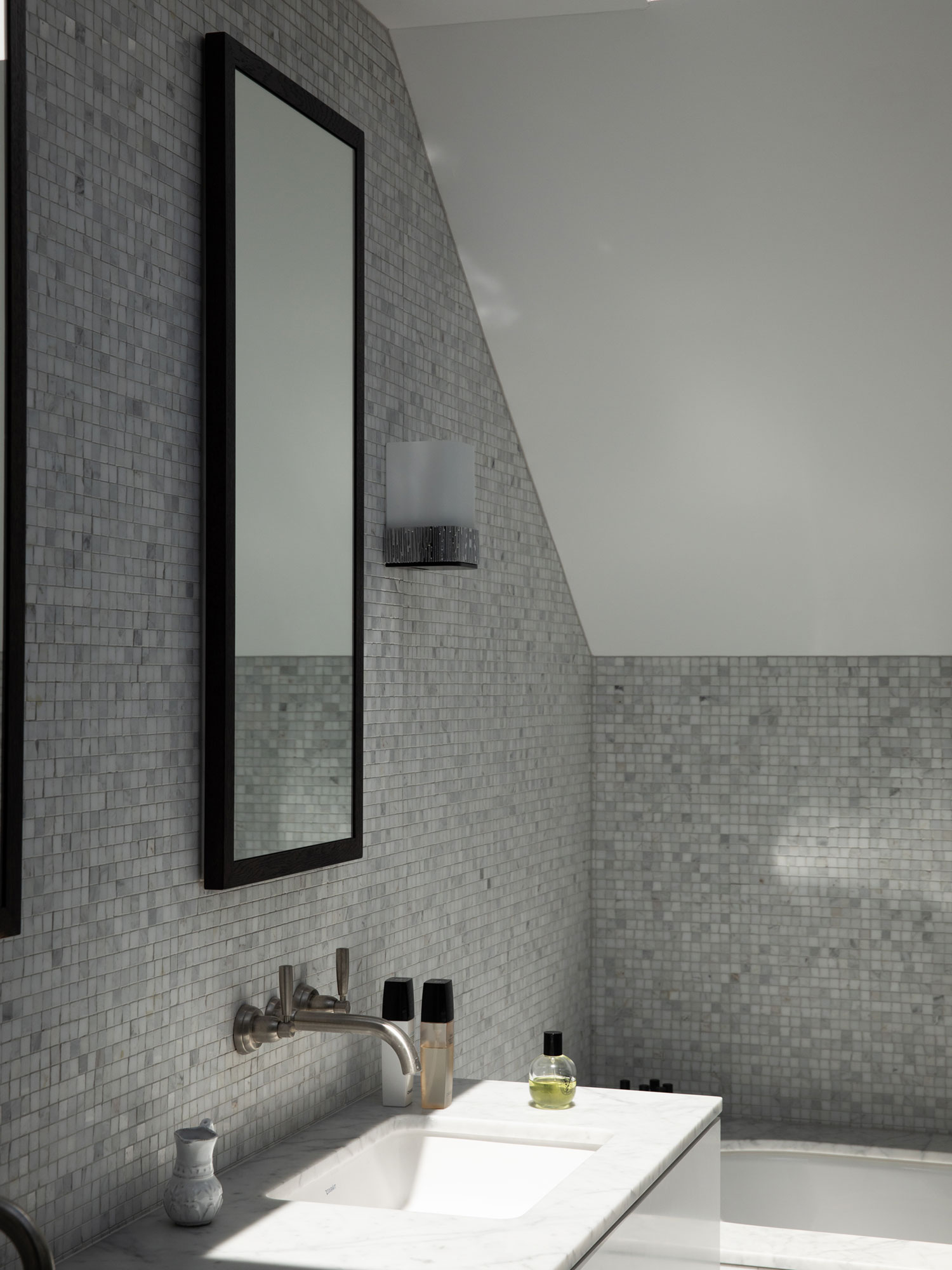 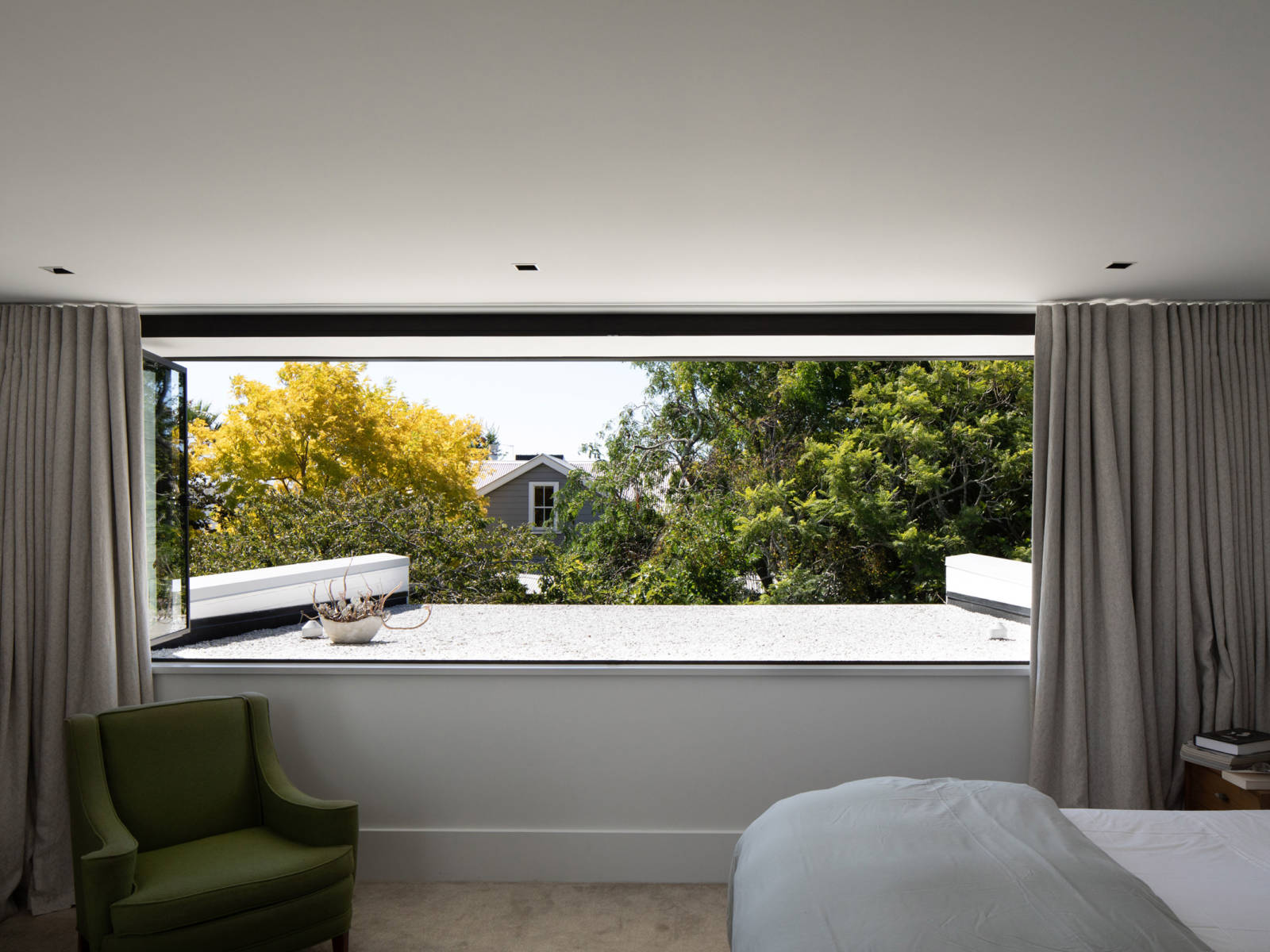 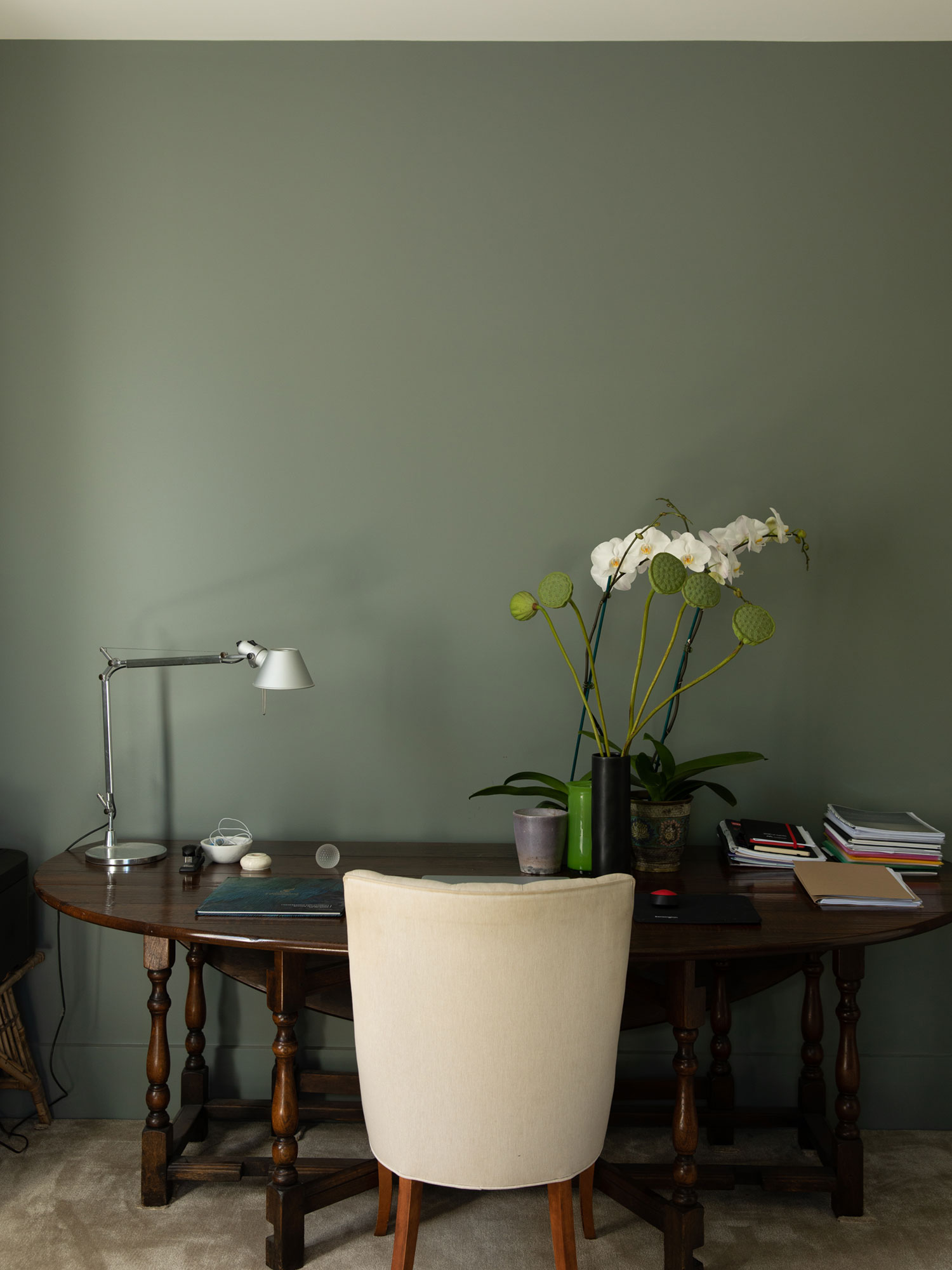 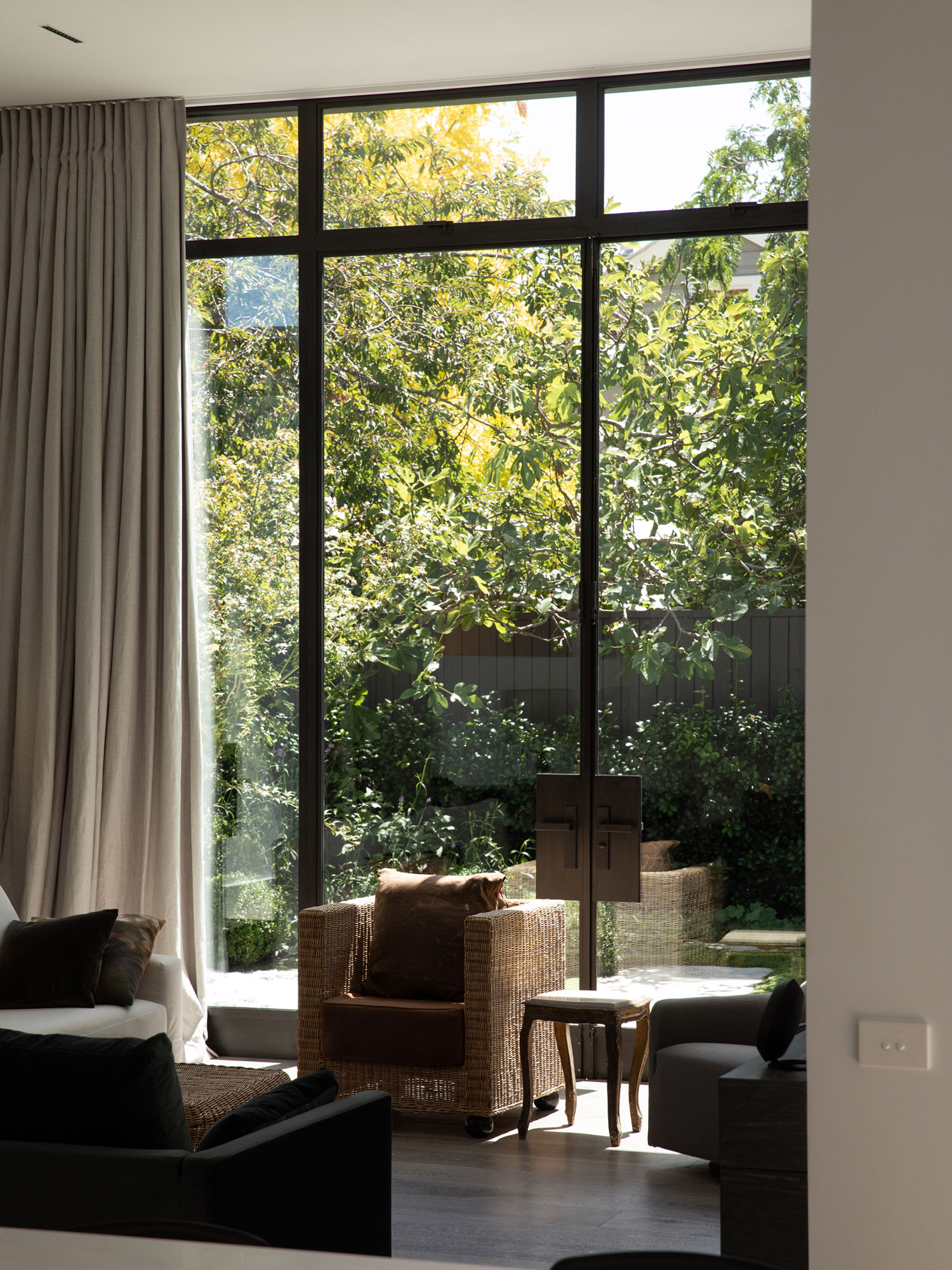